Delusions are inexhaustible.  I vow to end them.

As we awake from our distorted view of what it means to be a proud American it’s important to renew our faith in a Dream that Really Works.  Our leaders are calling for unity but have yet to define a true vision that could bring unity.  Unity can’t happen when some people are left out.  Unity can’t happen when civil rights are only for those holding the majority view of religion, ethnicity, gender identity, and country of origin.  The Constitution, we were taught, was written for everyone.  Although historically quite a few people were left out of that equation- African Americans, Native Americans, women, slaves, Asians, and anyone else considered less than or unimportant in the white, male dominated eighteenth century.  But it doesn’t have to stay that way!

A Dream that Really Works must take into consideration the very stuff that allows Life to Thrive.  The first step is providing all beings, not just human beings, with those things: Clean air, pure fresh water, an abundance of untainted food, a safe secure home, the ability to follow one’s true calling, the ability to be well and cared for in childhood, in sickness, in old age, and in death. And the ability to be free from unnecessary suffering; such as torture, beatings, name calling, profiling, bullying, unjust imprisonment, abandonment, and starvation.

With eyes wide open we can see that almost none of these basic life needs are being met for All People, let alone all beings- not here in the United States anyway.  If we actually want to unite in common cause this is the Dream we could attempt to implement.  This vision requires the decency of kindness, compassion, and a generosity of spirit unparalleled during any other time of history.  Perhaps it’s time for a new history…a history that doesn’t create pain and suffering for its citizens, that doesn’t marginalize people…a history that allows the word human to mean humane. 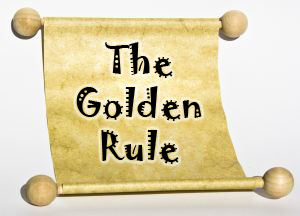 Throughout time great beings have given us the formula for this dream.  Do, say, behave with others only in a way you would be willing to experience personally.  The earliest record of the existence of this blueprint for humane behavior was in ancient Egypt 1650 b.c.e.

Empathy.  Walk a mile in another’s place. If our governmental leaders Really want to be a the leaders of all the people it would be a step in the right direction if they practiced the Golden Rule and then guided us on a journey so that all beings have what it takes to thrive.

We have a mountain of evil to remove from the consciousness of the world.  This mountain is created from enemy consciousness, misogyny, gender discrimination, white supremacy, greed, violence, and destruction of the Earth.  Prayer is the only force capable of crumbling that mountain.  Prayer first for compassion and empathy in Our Hearts. Then, Prayer to awaken compassion and empathy in All hearts.  If we have faith in the power of prayer, even if it is as tiny as a mustard seed, we can move that mountain!

Above all remember: WHEN THE WORLD IS TOO HARD TO STAND-

KNEEL AND PRAY FOR AWAKENING!